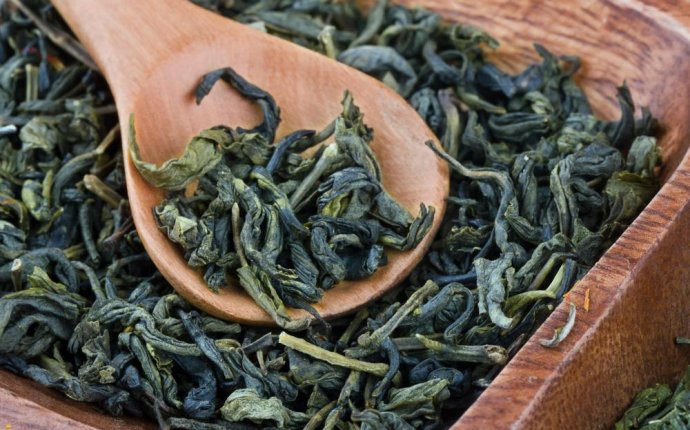 Sencha is the most frequently drunk and well-known variety of green tea. It is made according to the most common processing methods, whereby the leaves are steamed and rolled to produce crude tea.

Green tea that has been steamed approximately twice as long as regular Sencha is called either Fukamushi Sencha or Fukamushi Ryokucha. Fukamushi means "steamed for a long time." Since the leaves have been thoroughly exposed to the steam's heat, they become powdery and the tea takes on a stronger taste and darker green color. It does not have a "grassy" odor or astringency. Since the leaves have been steamed for a long time, they become finer and the tea made from these leaves has a high leaf content. Consequently, a unique characterstic of Fukamushi Sencha is that many active components of the tea can be absorbed into the body even though they do not dissolve in water.

Gyokuro tea bushes are covered with cloth or reed screen (covered culture) approximately 20 days prior to picking. By limiting the amount of light that reaches the new shoots while they are growing, the generation of catechins from amino acids (theanine) is suppressed, resulting in lower astringency and a rich flavor. An aroma, similar to nori seaweed, is one of Gyokuro's unique characteristics. Kabusecha is another type of green tea similarly grown using covered culture, however, Kabusecha is covered for a shorter period than Gyokuro - approximately one week prior to picking.

For approximately one week prior to picking, Kabusecha bushes have reed screen or cloth placed over them to block out most sunlight. This enables new leaf shoots to grow without sunlight, giving the tea a darker green color, full-bodied flavor and lower astringency than Sencha. Gyokuro is another type of green tea similarly grown using covered culture, however, Gyokuro is covered for a longer period than Kabusecha - approximately 20 days prior to picking.

Tencha that is stoneground immediately before shipping is called Matcha. Dark Matcha (Koicha) is used in Japan's traditional tea ceremony, and was previously made from the leaves of very old tea bushes - over 100 years old. In recent times, cultivar varieties suited to Koicha have been selected, while soil fertility management techniques and covered culture methods have been developed to provide the best tea for Koicha. Matcha is also used extensively in the making of traditional Japanese confections and various savory dishes. Another unique feature of Matcha is that unlike Sencha and other teas, when one drinks Matcha the leaf is fully consumed.

This tea is mainly used as the ingredient for Matcha. Similar to Gyokuro, the raw leaves (Ichibancha) used for Tencha are grown according to the covered culture method whereby the tea bushes have reed screen or cloth placed over them to block out most sunlight. However, after steaming, the leaves are dried without being rolled. After removing stalks and leaf veins, the tea leaf flecks become Tencha. Generally, the period for which Tencha bushes are covered prior to picking is longer than the standard 20 days that Gyokuro is covered. Tencha that is stoneground immediately before shipping is shipped as Matcha.

Genmaicha derives its name from the Japanese word for "brown rice, " which is rice that still retains the bran covering of the rice grain. The soaked and steamed brown rice is roasted and popped, and is mixed with Sencha or other tea in a ratio of approximately 50:50. One may enjoy the combination of the savoriness of roasted brown rice and the refreshing flavor of Sencha. Since brown rice is mixed in - thereby decreasing the amount of Sencha - Genmaicha has a low caffeine content, making it a suitable tea for children and elderly people.

Hojicha is made by roasting Sencha or other types of green tea, which gives it a distinctive roasted aroma.
The tea leaves are roasted in a roasting pan at a temperature of approximately 200 degrees C and then immediately cooled. Through roasting, caffeine is sublimated (changed directly from a solid to a gaseous state) and the Hojicha becomes less bitter. For this reason, it is said to be a tea that is easy to drink for children and elderly people. One may enjoy Hojicha's savory aroma and clear, light taste.

Shincha is the "new tea" or first picking of the season. Picking begins in temperate regions and gradually moves northward. Shincha and Ichibancha are essentially the same tea, with the difference being in name only. Usage of these names is often dictated by context. For example, Ichibancha is usually used in contrast to Nibancha and Sanbancha, which are made from later pickings. Shincha includes the meaning of "first picking of the year" (Hatsumono) and is also called "in-season" tea.
During the winter, tea bushes store up nutrients essential to the growth of both spring shoots and new leaves, which are lush and packed with nutrients. These new leaves become Shincha. The 88th day after the first day of spring according to the traditional calendar (February 4) is called "Hachijuhachi-ya." In Japan, a traditional belief since olden times is that if one drinks tea picked on this day one will enjoy the year in sound health and good spirits.
Shincha's key characteristic is its refreshing and invigorating scent of new leaves. Another feature of Shincha is its low catechin and caffeine content, making it less bitter and astringent compared with Nibancha or Sanbancha. Shincha tends to have a higher content of amino acids (theanine), which give it full-bodied flavor and sweetness.

Ichibancha is the first picking of new leaf shoots of the year. After that, tea is called Nibancha and Sanbancha based on the order in which it is picked. Ichibancha is sometimes called Shincha. Ichibancha is used more extensively than the later harvested Nibancha and Sanbancha. Shincha includes the meaning of "first picking of the year" (Hatsumono) and is also called "in-season" tea. In some tea-growing regions, there is also "Shutobancha" picked in early fall, with no Sanbancha being picked.